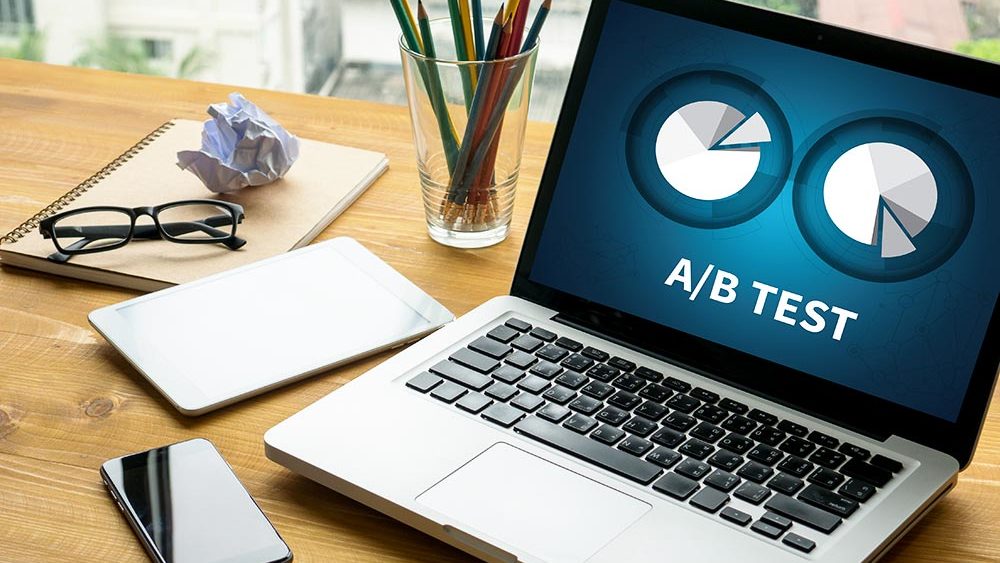 When designing a web banner, the right way to address the target group, a user-friendly design and an attractive offer are of great importance. The goal of a web banner is to draw the attention of as many website users as possible to it and to get them to click on the banner. But which design or which offer does the target group like best? In order to find this out and in order to be able to continuously optimize your web banner, A/B testing has proven to be a target-oriented method.

A/B testing is a method for comparing different versions of a web banner. The original version is tested against a slightly modified version of the web banner to see which version performs better. The two versions are called A and B and are displayed randomly to the website users.

Important for A/B-testing is that only one element of the original web banner is changed per test. This is the only way to analyze the direct effect of the change. Possible changes would be:

The A/B-testing should serve a precise goal – the optimization of your web banner. For this purpose we recommend the following approach:

Check the current statistics of the web banner. Do they correspond to your expectations or is the click rate too low? Set a new target, e.g. more clicks on the web banner.

Research to find out what you can improve on your web banner. Two areas are especially important in the research – the appearance of the company and the target group.

After you have created 2 different versions of your web banner the test phase starts. The two web banner versions will be randomly shown to website users to see which version performs better.

If you have tested both versions of your web banner for a certain period of time, you can look at the statistics again. These will show you which version of the web banner achieved the better performance. You should use this version as the “original version” in the future. You can repeat steps 1 to 4 as often as you like. In the first test you can analyze e.g. if your web banner performs better with a monochrome or an image background. In the second test you could analyze the position of the call to action.

Creating two versions of a web banner requires a little more effort and time, but A/B-testing offers many advantages:

Take a regular look at the statistics of your web banner and use this valuable information to constantly optimize your web banner. In our article “Web statistics – technical terms explained” you will learn more about the meaning of the individual terms in your statistics. 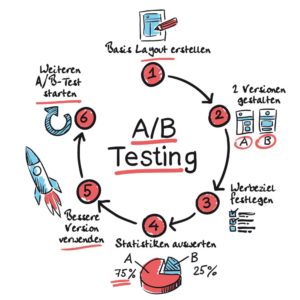